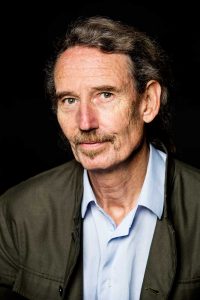 Todd Darling directed and produced the acclaimed feature documentary OCCUPY THE FARM (2014).  The film premiered at Regency’s UA 7 in Berkeley, CA and grossed more at the box office opening weekend than any other film at that multiplex.  Shocked that this indie documentary performed so well, Regency expanded OCCUPY THE FARM into 20 more theaters the next week.  The film went on to screen theatrically in over 50 cities in more than 60 theaters.

Todd also directed BLACK ROCK HORSE (2012) a 30-minute film about the jagged, yet comic efforts to create an art project at Burning Man;  A SNOW MOBILE FOR GEORGE (2009) Netflix/Bull Frog Films a feature documentary about the human consequences of environmental de-regulation; MTV’s hit reality show, LAGUNA BEACH (2004 – 2006); Fox’s “MURDER IN SMALL TOWN X”; and USA’s music show, “FARM CLUB”. Todd won the Eric Sevareid Award from the Academy of Television Arts and Sciences for his first nationally broadcast documentary, “Año Nuevo”.   He has also worked on the broadcast of five Olympic Games. As a Director of Photography he has shot programs for the BBC, USA, Discovery Channel, and TLC. As an editor he has cut more than one hundred TV shows including episodes of MTV’s “Real World” and “Laguna Beach”, Lifetime’s “Project Runway”, and Comedy Central’s “The Man Show”.  Prior to film and television, Todd worked as a freelance journalist covering stories in Europe, the US and Mexico.

In 2016 Todd opened production offices in San Francisco, CA and is at work on a new film about the Trinity River, while continuing to develop new projects for television, web and theaters.

For commercial production or other questions please contact us here: (web mail link: